A new vision in urban commuting

to get from here to there

(faster and cheaper, reliably and safely)

Concept      What is this new vision?  How does it differ from mass transit ?

People-movers have been in operation for years.  They are often found at airports, and may even be found in some downtown areas, like Miami, FL.  Generally people mover systems operate on private guideways (grade separated), and often they are autonomously operated.  They tend to follow a fixed, multi-stop route (like a bus), which is often a loop of some kind.

ATNs extend "People Mover" systems to bigger and more complicated networks, and support per-trip routing of those trips.  ATNs are also capable of eliminating intermediate stops, by bypassing a stop if there are no passengers to pick up or drop off at that location. The oldest ATN is at the University of West Virginia campus, and has been in operation since 1970. 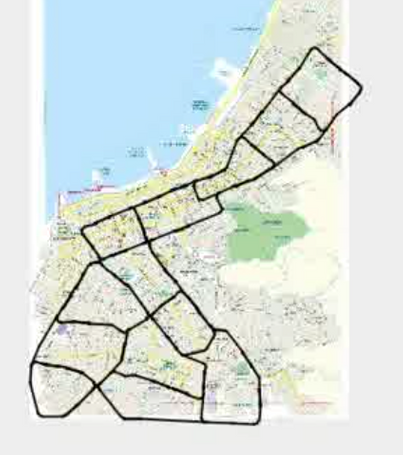 The CityTram system is a 2 dimensional network.  This makes it much like our system of roads, having north-south running roads that cross east-west running roads.  In CityTram the “roads” are called “runs”, and 2 orthogonal dimensions are spanned by runs. This is different than most mass transit systems, which are essentially 1 dimensional – like a rail line, or a bus route.  In a mass transit system a rider must transfer from one bus or train to a different bus or train at a common stop, in order to travel in 2 dimensions.  On CityTram, like on our roads, the vehicle simply turns from one dimension to the other and proceeds.  No transfer is needed.  A regular grid is the simplest example of this 2D network.  In real applications however, the grid is likely to be only partially populated, and may be quite irregular. 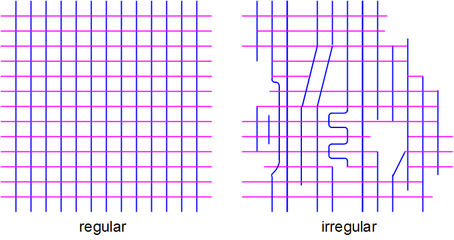 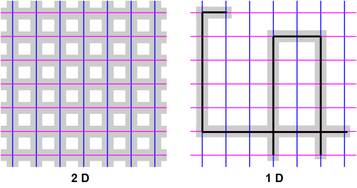 The second advantage of 2 dimension networks is distribution of load.  A 2 dimensional grid provides many routes to get from one point to another.  This allows the commute loading to be distributed across many runs to avoid congestion. 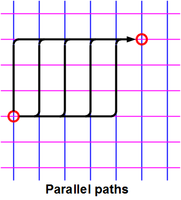 Contrast this to the way our roadways are designed to feed traffic to fewer bigger arteries, which makes for longer routes and more concentrated congestion.  Since CityTram is grade separated, and since it operates so quietly, arguments for directing traffic away from certain neighborhoods are not valid.  So CityTram’s centralized computer control optimizes to take advantage of the 2D nature of the network to handle high demand. 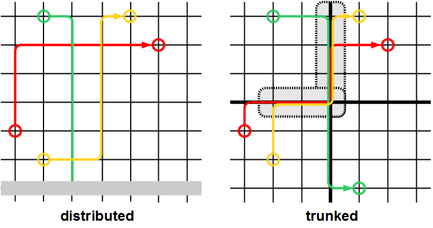 Most other ATNs have no crossings.  Instead they rely upon paired mergers and splitters which work similar to the way rotaries work in a road system.  East-west traffic temporarily merges into a common stream with north-south traffic, before splitting off and continuing east-west. This of course creates a loading peak on the common point which limits throughput, and vehicles must slow to go through this point.  It also forces routes to be at least a little serpentine, which lengthens travel distances.  But it is still a better solution than an intersection controlled by a traffic light.

CityTram differs from most other ATN systems by implementing a 2 dimensional network with orthogonal crossings, and managing those crossings with constant motion and global synchronization.  This is made possible by the fast reaction time of the central computer control.  It means that vehicles travelling east-west at an intersection pass through the spaces between vehicles travelling north-south at the intersection, and vice-versa. Vehicles never slow down or stop at intersections, they pass straight through. This is the most efficient solution possible, so CityTram networks can move the most vehicles along the fewest lines, and avoid congestion.  Handling both dimensions in a single plane minimizes the cost and disruption of the infrastructure, and reserves higher planes for future capacity expansion.

While this type of interleaving may at first seem to be a safety concern, it must be remembered that the cars are under central rather than distributed control. In fact CityTram’s mechanical drive system provides a mechanical interlock that assures separation between cars, including at these intersections.  Similar to the multiple rapidly moving parts that are in close proximity inside a car engine or jet engine, since the parts are mechanically linked and controlled they never collide.